The mythical couple Bud Spencer and Terence Hill is back, in a prequel comic book that the two great actors have officially approved. 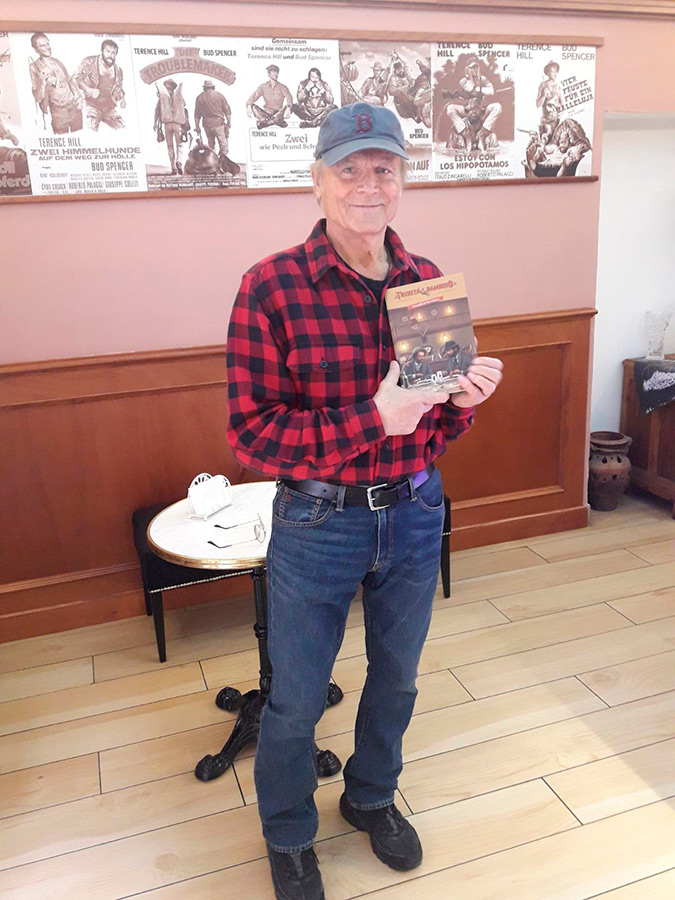 This book is a prequel based on the movie "They call me Trinity".

The story talk about Trynty and Bambino while were living with their mother, inside the brothel.

What's happened in downtown in the Crescent City?

1857.
We are in a dark and crowded New Orleans.
Trinity and Child are no longer youngsters.
The brothel in question, is not that of their mother.
They go there to face an unfair competition, that evolve in a homicide.
This situation involves our heroes will, 'cause they are attracted by a loot, which seems to have moved the interests of many other individuals besides them.

Inside
112 pages printed in black and white + 1 color, 84 pages are of comic story and the following ones are dedicated to curiosities, tributes and insights about the context historical-literary-geographical.

Edition
This book is edited by #Shockdom.

Shipment
Within 7/14 giorni from the the order, in Italiy and Europe.
Up to 1Kg fixed rate viewable from the checkout of the cart.
For other weights and countries, costs will be calculated depending on the case.

If you have special requests please contact us through our email address info@btstylepictures.com, or by filling in the appropriate form on the page Contact.